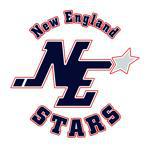 The New England Stars Youth teams compete in the Massachusetts Premier Development League and Junior team plays in the North American 3 Eastern Hockey League.  It is the Stars mission to develop young athletes in a hockey environment and present them with an opportunity to train and develop into NEXT LEVEL players.

With our highly certified and professional staff , we offer a unique opportunity for our student athletes to maximize skill development along with strength, conditioning and agility.   Our passion for this sport is demonstrated by the commitment of the coaches, administrators, parents and most importantly our players on a daily basis in and out of the rinks.

We look forward to welcoming your family into the culture of hockey here in the New England where our focus is on the four pillars of Stars hockey: Character, Academics, Athletics, and Community.

The game of hockey is in a new era and we, as a program, can't be more excited. With all of the new rule changes that are being implemented, the philosophies of the New England Stars are only going to help benefit the development of our players. Our philosophy is simple: Understand the Three P's.

Puck Support: Support your teammates. Be an option. If a defenseman is trying to make an outlet pass, the wings should make sure they're low enough to support their passing lane. Having puck support all over the ice will allow and players the ability to play at a higher level. The game of hockey should not be played as a game of chess. Players need to be able to concept read and react hockey. Supporting the puck allows for this concept to take place.

Puck Possession: Don't throw the puck away. Our players will continue to get better by playing with poise and composure. Why would we want to let our opponent to have the puck on their sticks?

The game of hockey is a simple game. It only gets complicated when we complicate it ourselves. Our mission at New England Stars is to make sure all of our players understand what it will be like to play at the next level. We understand that not one player can be perfect. You can't be afraid to make mistakes, but we do not want to make the same mistake twice. Through our philosophies, development will take place. Our focus is not on wins and losses, but rather the development of our players.